If you remember, in the UDK version of the project, I had implemented a fully dynamic lighting system with a 24-hour day and night cycle:

It looked really nice for the outdoor areas but I had run into a few issues with indoor lighting that I never disclosed. Fully dynamic lighting does not support proper global illumination and while it is cool in many ways, it just can’t look anywhere as good as baked lighting (even when using tricks and workarounds to fake it) Over time, I accepted that I wouldn’t have any nice light bouncing or subtle shadows and was content with it.

Shortly after I posted the last update, I started to re-implement that same dynamic light system into UE4. I succeeded in doing so fairly quickly and I was happy about that. However, I also started to play around with UE4’s Lightmass Global Illumination and I got a much, much better result. I’ve decided that I will be discarding the fully dynamic lighting system because it looks like a shaved asshole compared to UE4’s baked static lighting. Since this version of Out Of Hell will be a bit closer to the original than the previous projects, the whole day/night cycle thing is not really needed anymore. 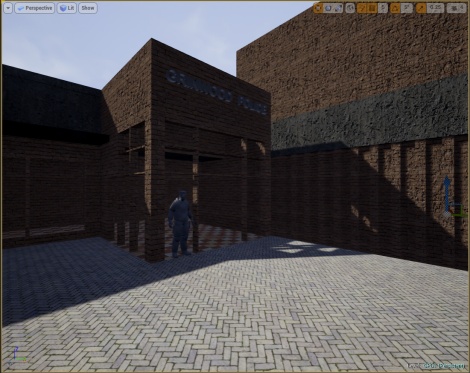 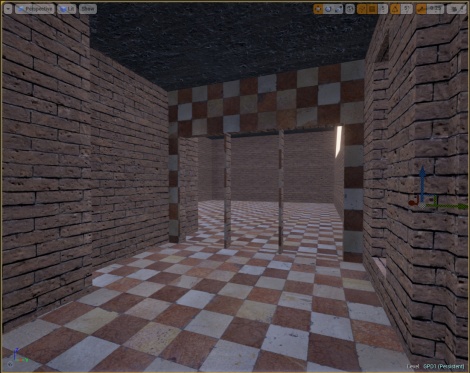 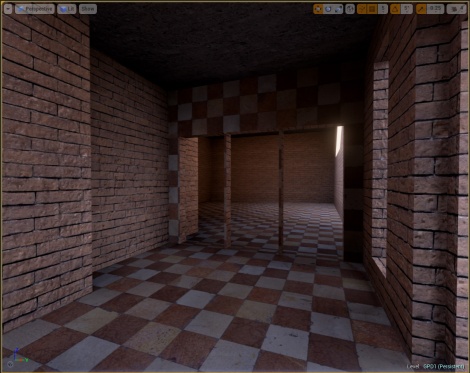 Please note, everything is a temporary placeholder for prototyping purposes. The Lightmass GI settings are not final and will have even better quality in the final version. This is merely to illustrate the differences between the two systems.

I’ve also adopted a new method of building the levels. Before, I would build the level itself out of BSP and flesh it out with staticmeshes. Now, I lay down a rough shape of the level with BSP in UE4, export that into my modeling program and use it as a guide to build the level. When it is all done, the entire map should be made of staticmeshes.

Building the entire level in an external modeling program offers me more tools, way more control and it is much faster as well. Yay for progress!

EDIT: July 3, 2016 – Looks like I spoke too soon! I was able to get dynamic lights to work and have some pretty nice-looking Global Illumination with Light Propagation Volumes! I’ll post screens in the next update!