Hello everyone! To start with I want to apologize for my absence. Between work and other “Real Life” things, I just got really burnt out and I had to take time off from the project. Something that I’ve learned in the past is that if you’re unmotivated, you need to take a step back and have a breather (however long that may be) On the first Out Of Hell game, I forced myself to do the work even when I wasn’t feeling up to it. Most of the time though, I would end up trashing or redoing whatever I created because when there’s no inspiration behind the work, you often churn out garbage.

When I got back to it though, I doubled my efforts and took care of a bunch of things that I had put off. I reorganized, made massive backups and updated to the latest version of the Engine (4.17)

Speaking of which, jumping from 4.14 to 4.17 brought about a few…surprises. It turns out that the Shader code was changed and a new Tonemapper was introduced. This among other things, fucked with the way the game looked up until now and so I had to go through and adjust all my materials and lighting to adapt to this. Also, something about the new Tonemapper changed the way the colors looked, even if it was disabled. It was a ton of work getting everything back up to speed but I think the changes I made along the way improved the overall look.

I think that all that tweaking actually helped to bring out that old Out Of Hell griminess and these new screens look more similar in style to the old game than my previous screenshots! I’m also posting a comparison of some of the old areas that were remade. Check it out: 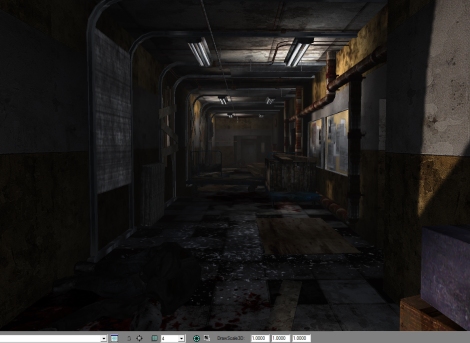 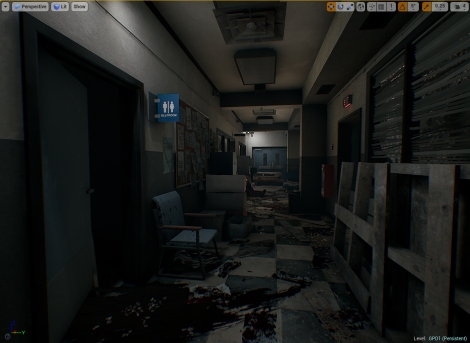 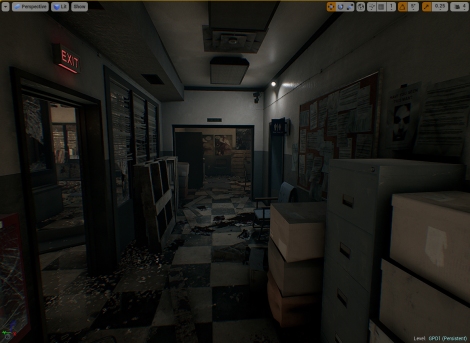 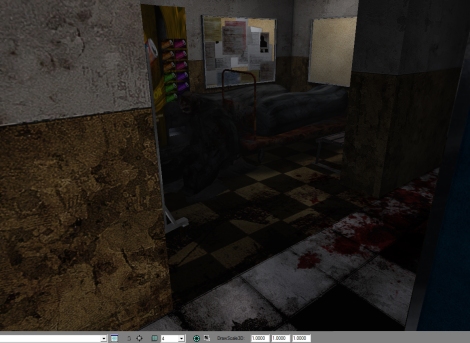 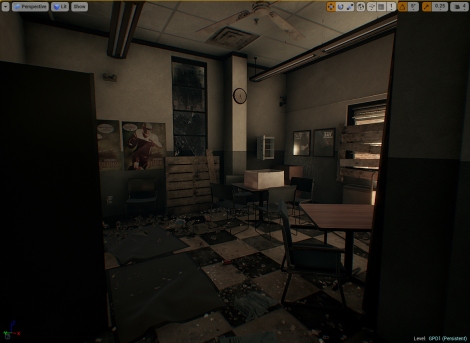 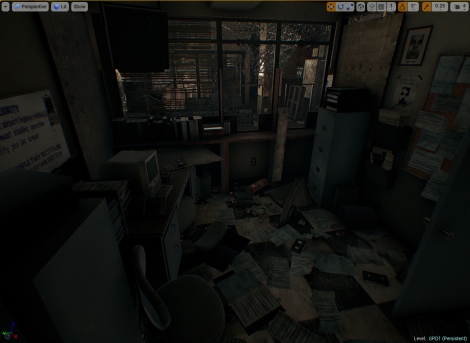 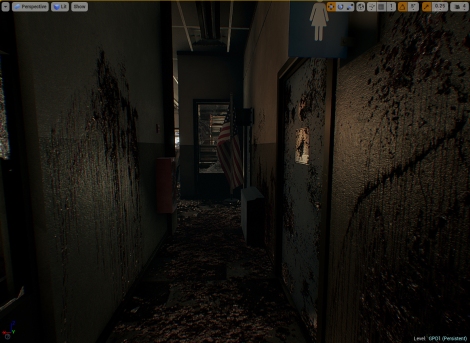 In the next update, I may include a couple screens of “Hell” and the things that reside in it! Unlike the first game, you will actually be going through various areas of Hell this time (by the way, it won’t be a retextured and darker “Hellish version” of the current level, it will be a different environment to explore) and I think you’ll love how it’s been implemented! This will do a better job of explaining how virtually everyone is gone and how Law Enforcement and any Military presence was overrun so quickly.

5 responses to “Out With The Old!”