…I made a game about controlling a piece of s*** through a filthy sewer and it was THE MOST FUN I HAVE EVER HAD!!!!

It’s a completely absurd, hilarious little game I built in 15 days from scratch (minus testing and minor fixes) I’ll get into the details about how this thing came to be in the Developer Journal later on but in a nutshell it happened at work one day. A friend and I were talking about how a lot of games from certain companies were really pretentious and mediocre yet a lot of people we knew would still gush over them just because they thought that they should!

They would say things like “Oh wooooow, the storyline is sooooo amazing!” but when I’d ask how far they were in it they would reply “Oh, like, I dunno, 20 minutes but dude, it’s soooooo deep.“

So then my friend said something like “Yeah, they could release a game about a turd floating in a sewer and those guys would still love it.”

And that’s when a lightbulb went off in my head! I thought “Hey, that could actually work as a game!” and instantly began thinking up ways on how I could approach it. I told my friend about what I’d do and we both laughed our asses off! I started planning it in my head and thought about what it would involve and I told him that I could probably do it in a month. After work I went home and started typing it all up in a text file and then YPAPS-G was born! 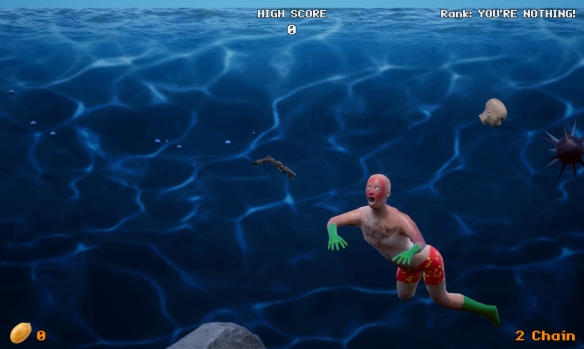 I’ll be honest, there was a part of me that wanted to see if I could actually do it or if I was just full of sh**. I put myself to the test and became so energized that I got a working prototype up by the end of the next day and I just kept coming up with more and more ideas! My intention was to keep the development process as fast and as simple as I could. It’s not very pretty (it’s a game about a piece of caca afterall) but it works, it’s bug-free (as far as I can tell) and it’s fun!
, 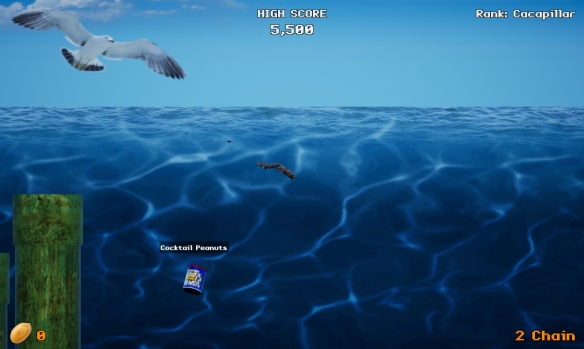 The game plays kind of like Tappy Chicken except it’s a little more lenient (it’s not a one-hit death sort of thing) and there are powerups you can collect that allow you to shoot at other crap in the water. You pick one of 10 mannequin heads that your chain of poopoo will attach itself to and they all have different attacks and different forms. It’s got 4 different levels and starts off in an industrial…inlet or something and eventually ends in a sewer. It’s got randomly generated obstacles, pickups, enemies and a bunch of really weird, nonsensical humor! 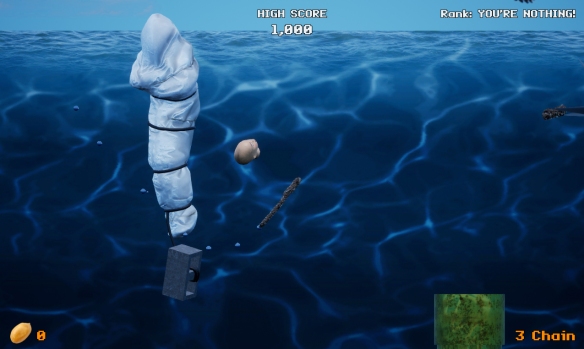 So the game is pretty much complete and I’ve just been sitting on it (tweaking little bits here and there) while a friend finishes up a hilarious soundtrack for it. When he’s done and sends me the files, I’ll put them into the game and cut together a trailer for you guys! I’ve already started the process of getting it onto Steamworks (awaiting verification) and the plan is to release it on PC first and eventually Mobile Platforms down the road. The game will cost close to nothing so that everyone can give it a try! 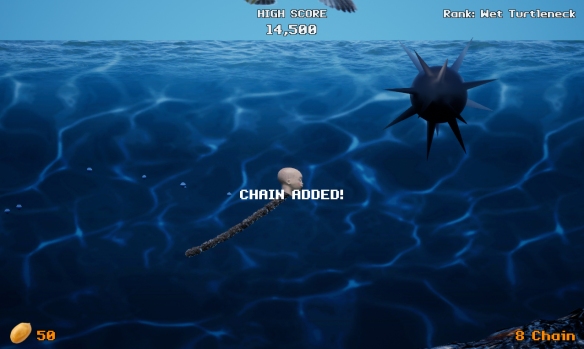 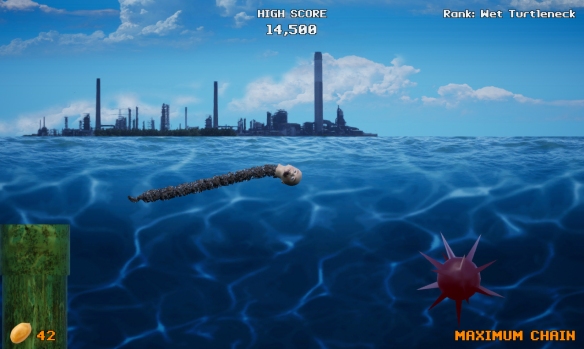 I just gotta say that this turned out to be a great learning experience for me. It gave me a better grasp of Blueprints programming (I even wrote a bunch of logic on my own without the need for tutorials, which is a first) it gives me valuable experience in all the different processes of packaging a game, getting it onto Steam and monetizing it (which will come in handy later when I release Out Of Hell)

It also gave me a solid, custom-built sidescroller framework which I can use for any other games I want to make in the future (2.5D platformers, overhead bullethell shooters etc.) I already have some plans that I drew up for a few sidescroller games back in 2013 that I’d like to build eventually!

And hey, if it generates a little bit of passive income on the side then that’s an unexpected bonus!

All in all, I had such a freakin’ blast making this and I laughed almost everyday while making this game. More news will come and hopefully it’ll all be ready to go very, very soon!

Now, as I wait for the soundtrack to be made I’ll be heading back into Out Of Hell! (I feel like I’ve been cheating on it the entire month!)

P.S: I made a new forum so sign up and come say hello! And if anyone tells me this game looks like utter s***, I’m gonna take that as a compliment!

2 thoughts on “Well Guys, I Guess This Was Just Inevitable, But…”